Check Out My Links

Late with the post per usual. If you haven't checked out the music video for my song Dancing With Depression 2k19 (feat. Happy Tooth) you can peep it above. Below are the credits for the video because without these people the video couldn't have happened. 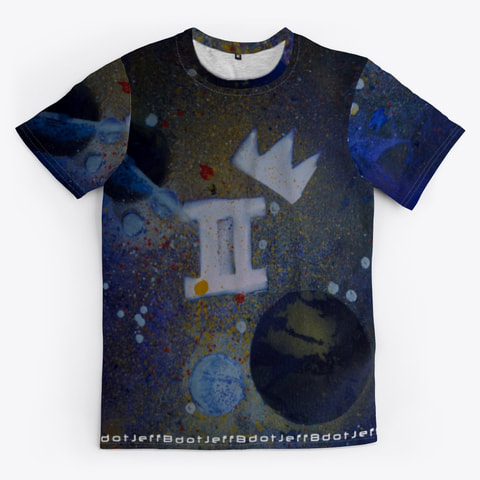 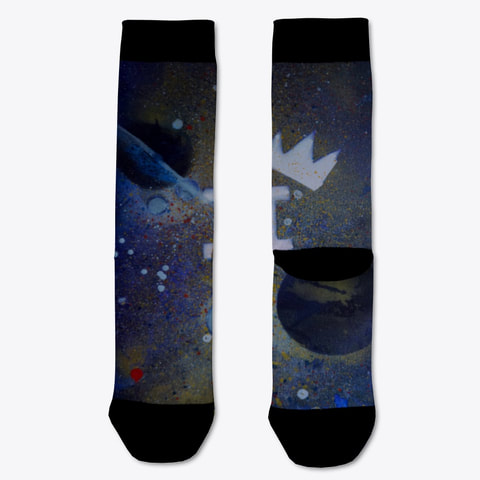 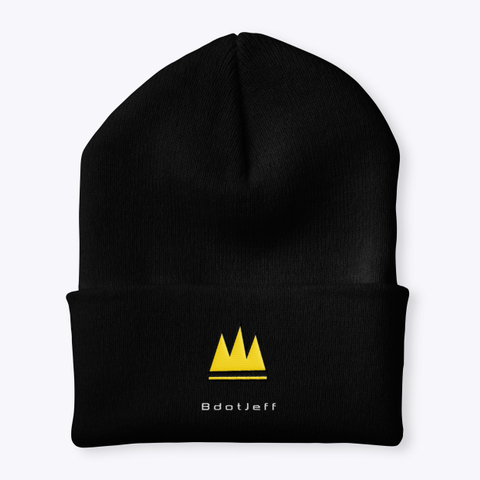 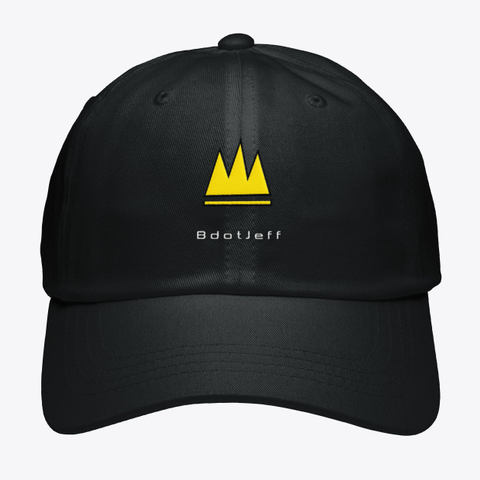 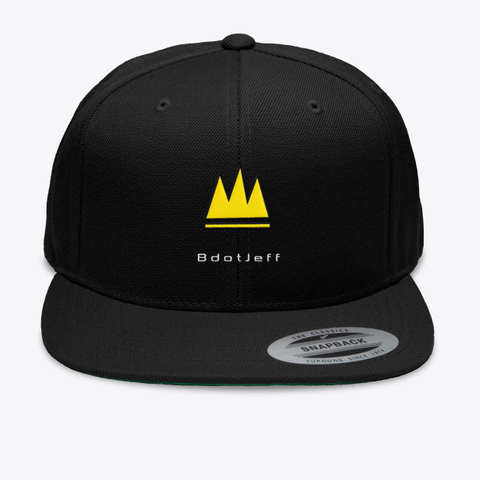 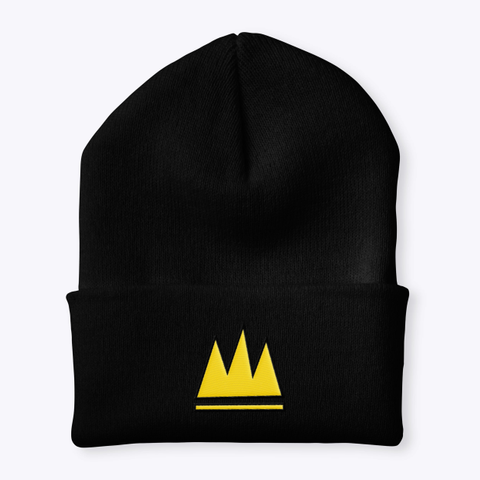 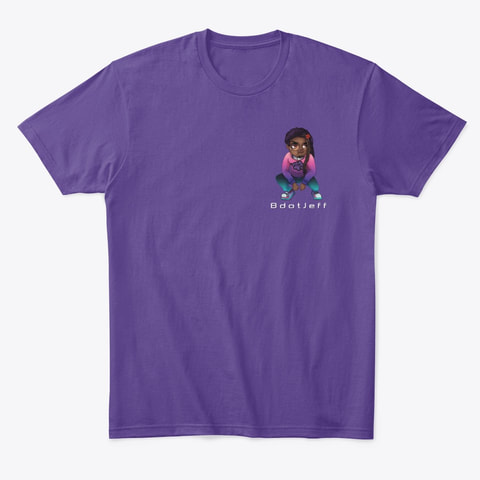 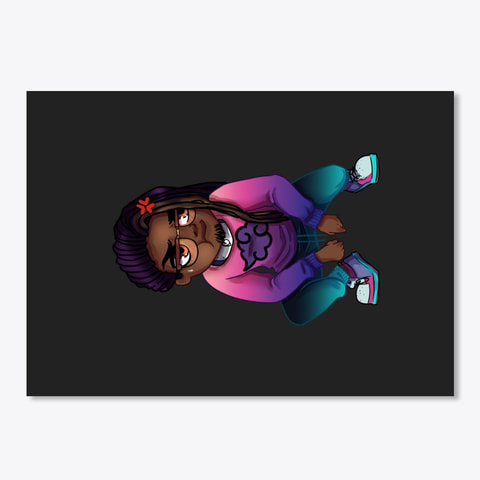 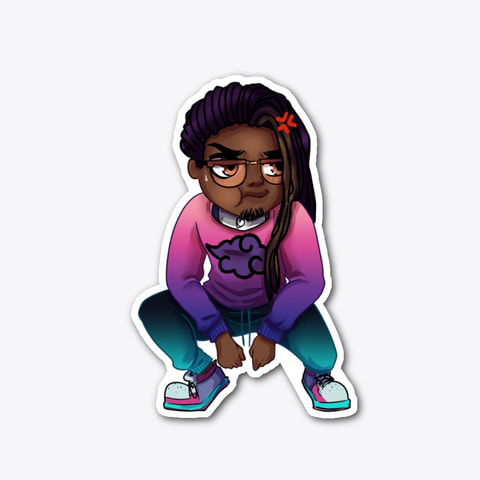 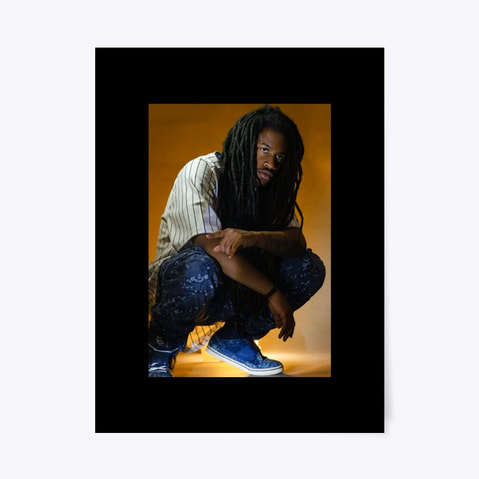 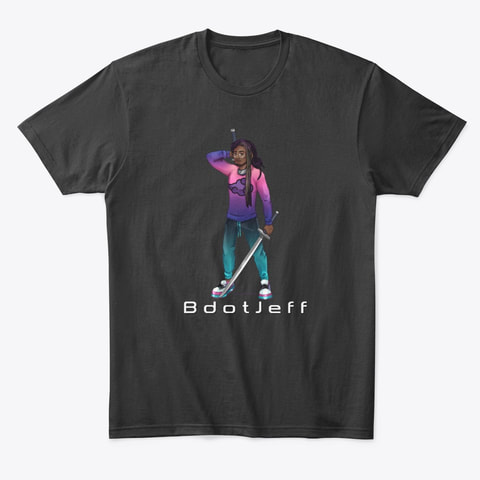 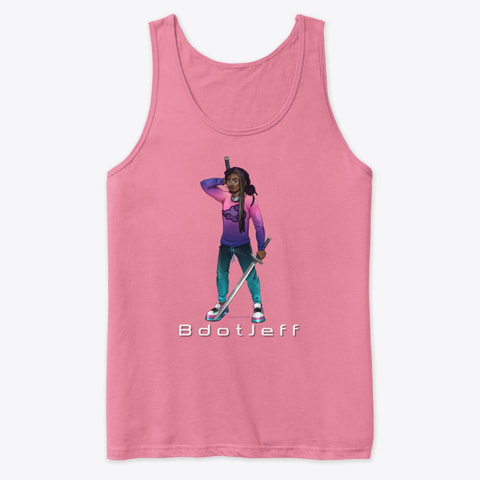 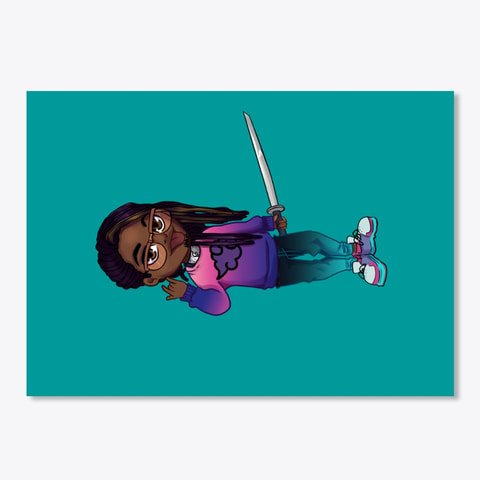 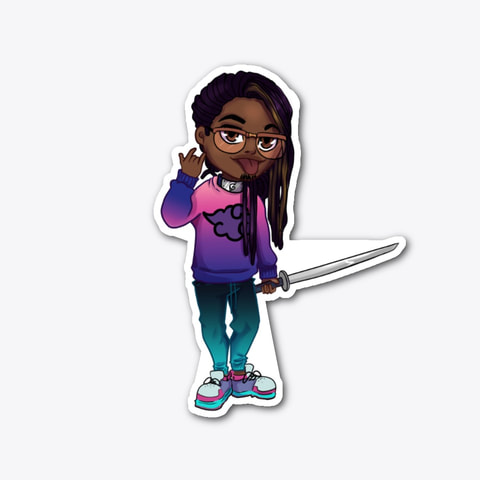 I have partnered with Teespring to design and produce merch for you guys. View the gallery below for previews of the apparel. You can purchase them all here.
​

Late On The Updates; What's New

A while ago I was invited to come on a podcast, Colin's Conversations, to talk about the album and such. We did a full album breakdown as well as filmed 3 hours worth of content. Clips from the full interview and the conversation in it's entirety can be viewed below. Colin also did a whole write up as well from our entire encounter that can be viewed here.
I also was able to answer a ton of fan questions that were sent in that we never got the chance to respond to during the initial interview that you can view below. I may start a whole fan question series if people like this enough.

YK2 ON ALL MAJOR PLATFORMS

BdotJeff & xDiggityDee Present: YK2.
At midnight on July 3, 2020, my album YK2 will be live on EVERY MAJOR STREAMING SITE.
Including Bandcamp. Which I mention specifically because they are giving artists 100% of the profits that day.
I plan on giving 100% of the money made in pre-sales and July 3rd from Bandcamp to the Black charity of my choice for Black Lives Matter.
You can preview the track list below.
You can head to my Bandcamp here.

Below are the last few videos I released on my YouTube Channel, including the visualizer for my most recent single, Warp Drive.
YK2 the Album coming everywhere July 3rd.
​You can order a physical CD of YK2 in the NEW STORE TAB ABOVE. More merch coming soon.
Stream Warp Drive everywhere at THIS LINK. Preorder/Pre-Save YK2 HERE.

YOOOOO THE CDS ARE IN!! the amazing people over at Central Ohio Audio Video put together an amazing package for the physical CDs of the album. watch this video to get a look at the whole thing.
If you want an advance copy before the release the CDs are going for 10$. day of the album the CDs will go up to 12$.
​dm me for your copy. I'll ship it anywhere, and will personally deliver it to anyone no further than an hour out in the Columbus Area.
digital pre-order here.
​

I'm So Bad at Updates. Please Don't Be Mad.

Okay, so main thing going on right now is I have been working on an album co-produced by my homie xDiggityDee. It's finished, and coming out very soon. Also, the first single/video for it, Maybe / Doubt, is out right now as well. You can definitely watch/stream that below. I directed the video and it was shot and edited in 48 hours!
I also released a re-master of SETO (Prod. Commoninterest) on streaming sites (plus a video), as well as a random single, DIRTY (Prod. BdotJeff & Fanaticus). Yeah, so that'd 3 songs of playing catchup I needed to do for you guys.
NEW ALBUM YK2 ON THE WAY SOON!!!
​
Maybe / Doubt (Prod. BdotJeff & xDiggityDee)
Video Directed by Wade Blair II
Video Produced by West Street Entertainment
Shot by Bela Peresta & Wade Blair II
Anime Logo by Shut Your Fox Hole
​Single Artwork by Wade Blair II
ALBUM COMING SOON

NEW SINGLE, HAN SOLO OUT NOW ON SELECT STREAMING SITES!!! COMING SOON TO ALL OTHER STREAMING PLATFORMS!!! YOU CAN CHECK THE TRACK OUT AT THE LINKS BELOW!!
​This song was written, produced, mixed, and mastered by BdotJeff. Single Artwork by BdotJeff.
​

HEY!! This Friday, 7/5, I am releasing a new single entitled, Han Solo. This was written, produced, and mixed by me. You can catch me performing this new track at Gnarbecue Fest Sunday 7/7, so don't forget to get you tickets for that. You can pre-save Han Solo on Spotify here. 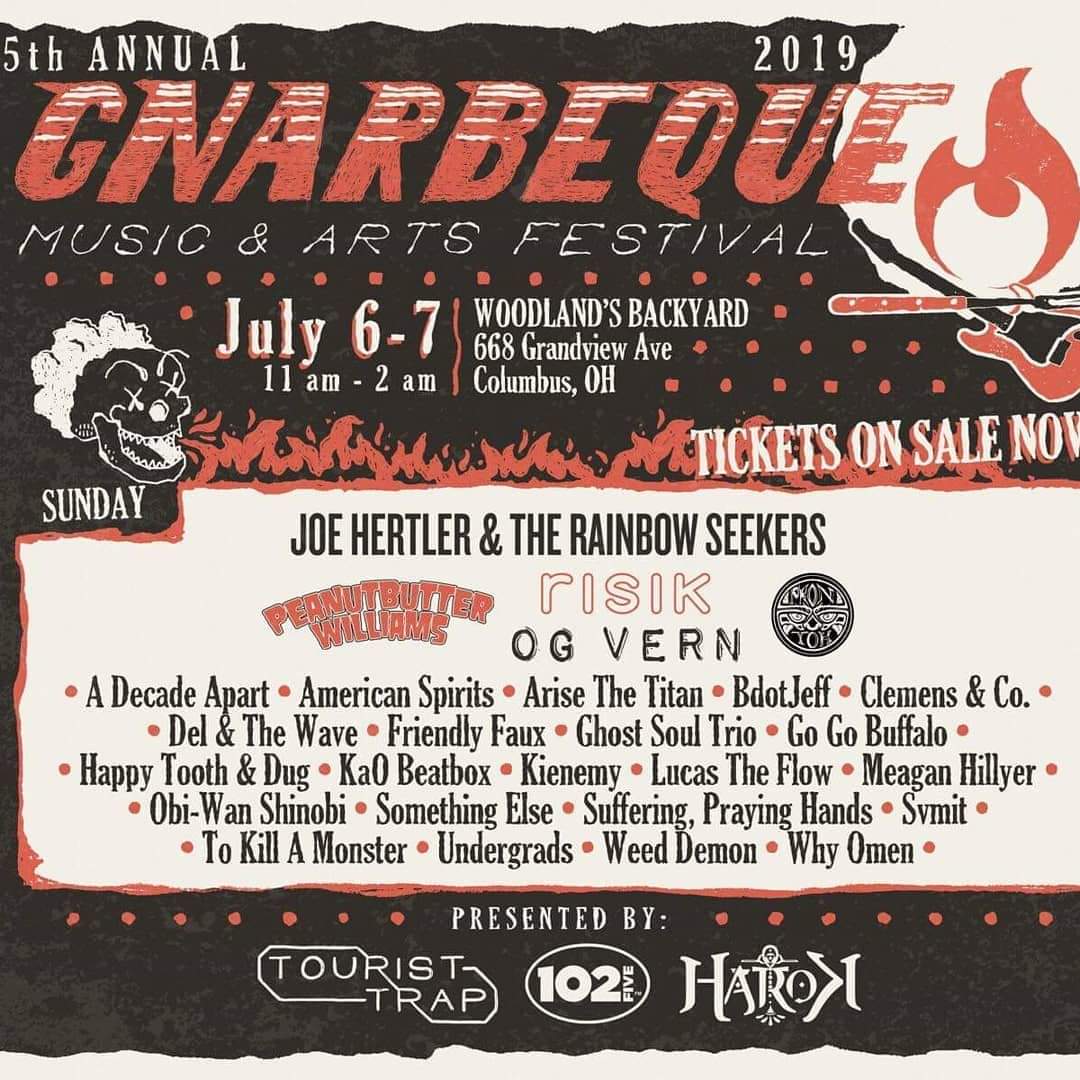 HEY GUYS! I have an AWESOME announcement that I was just added to the lineup at Gnarbeque as a last minute act. I will be performing on SUNDAY JULY 7TH AROUND 8PM. I will also be playing a few new unreleased tracks. There will be super dope acts playing all day. HIT THIS LINK TO PURCHASE TICKETS NOW!
​

As of now, you can stream/ download my EP, Sorry; Awkward, on every major streaming platform. That's it. IT'S OUT NOW, GO COP IT FROM A LINK BELOW!!! TUMBLR CRUSHES MUSIC VIDEO LINK SOON!! Artwork by: Camilla. Track art by: Me 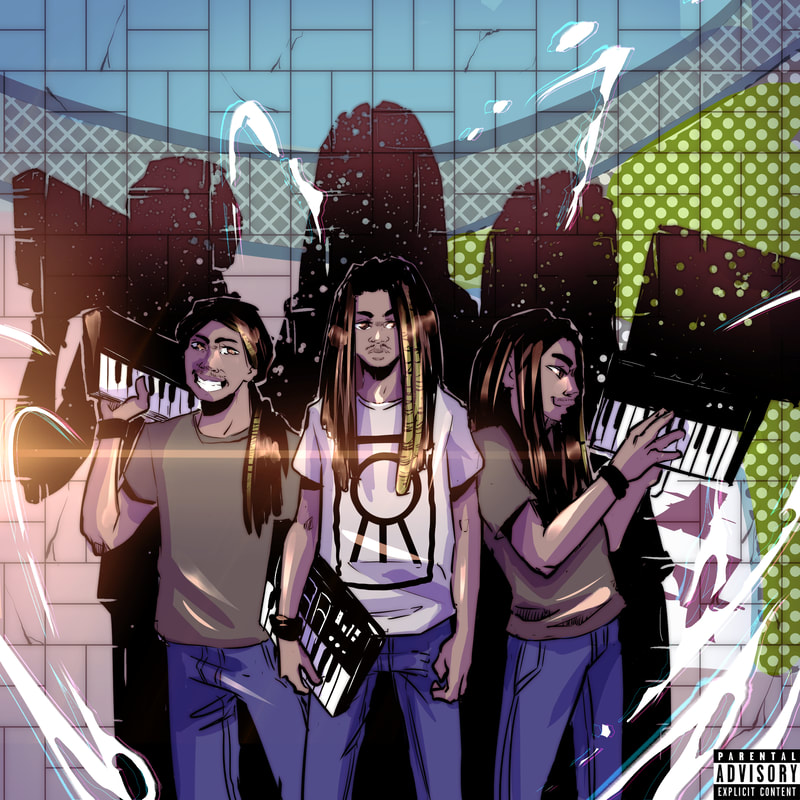 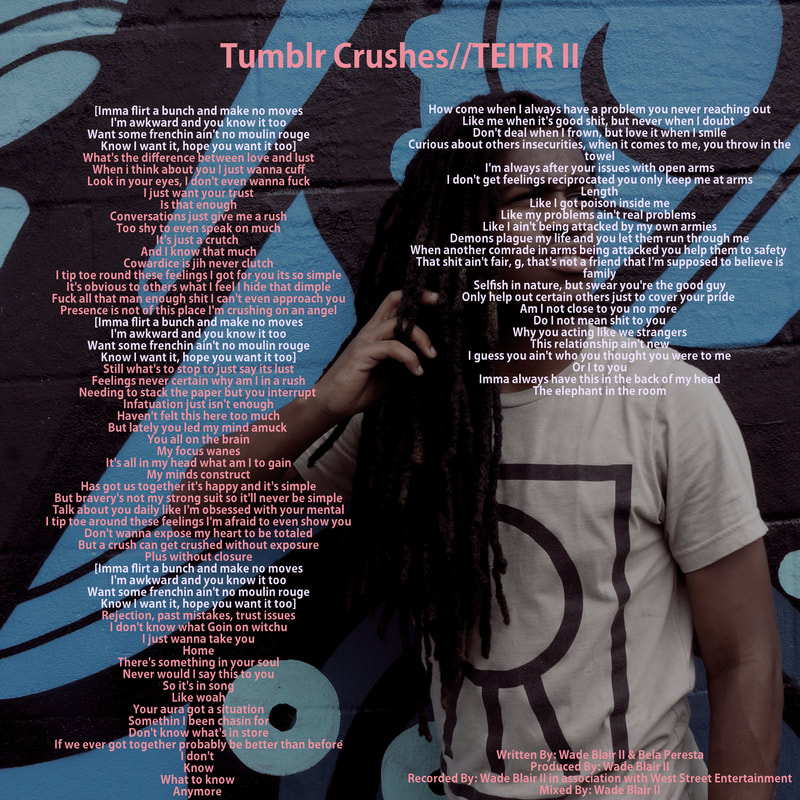 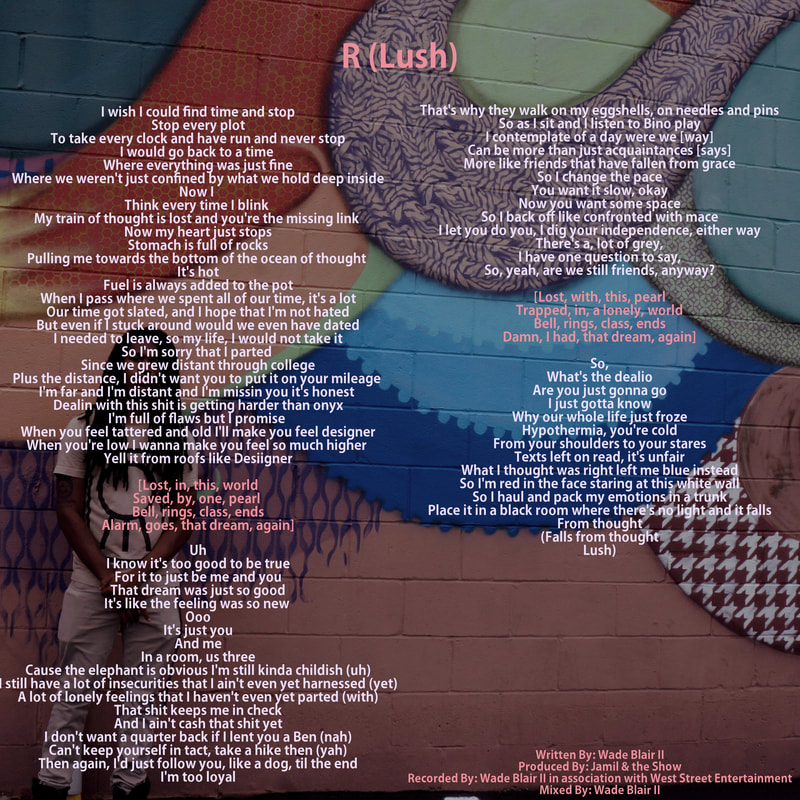 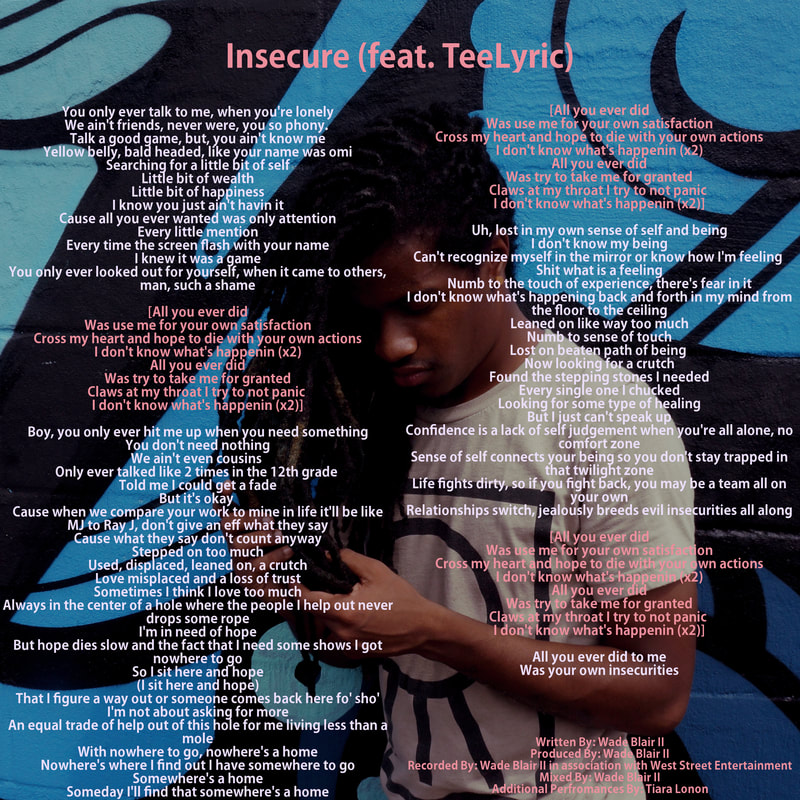 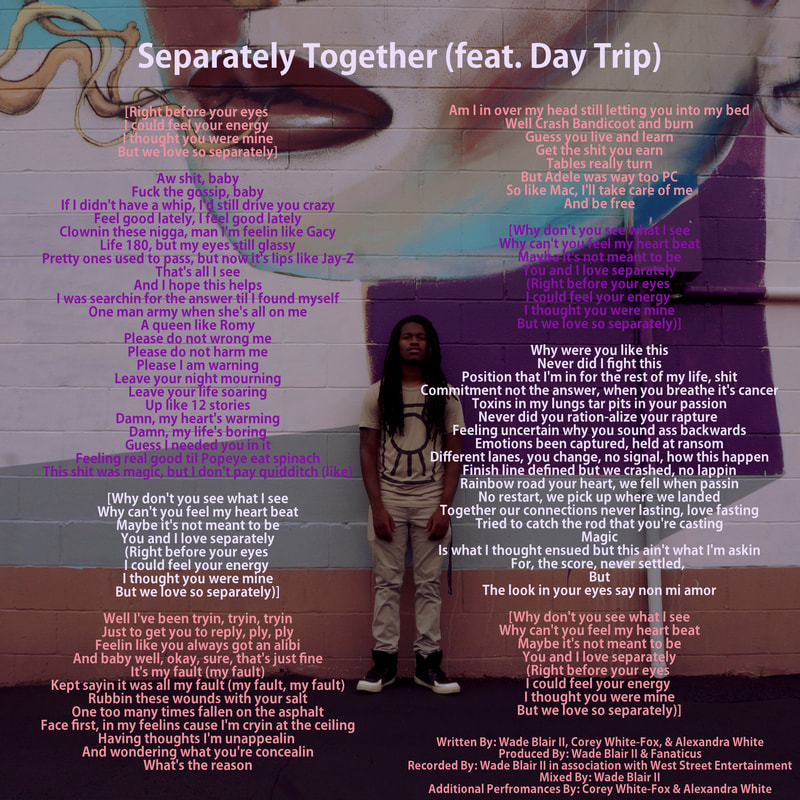 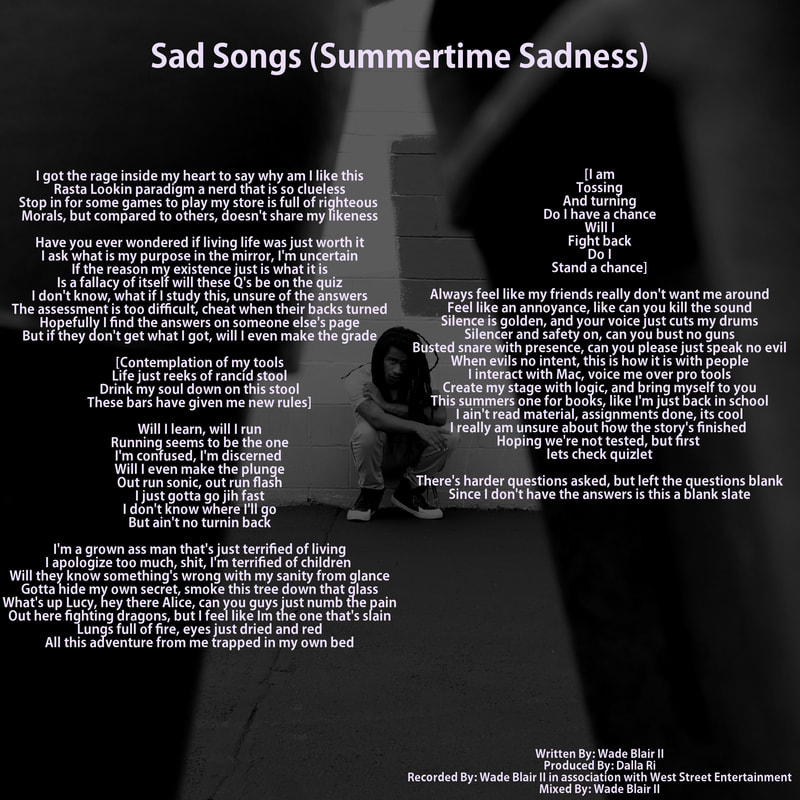 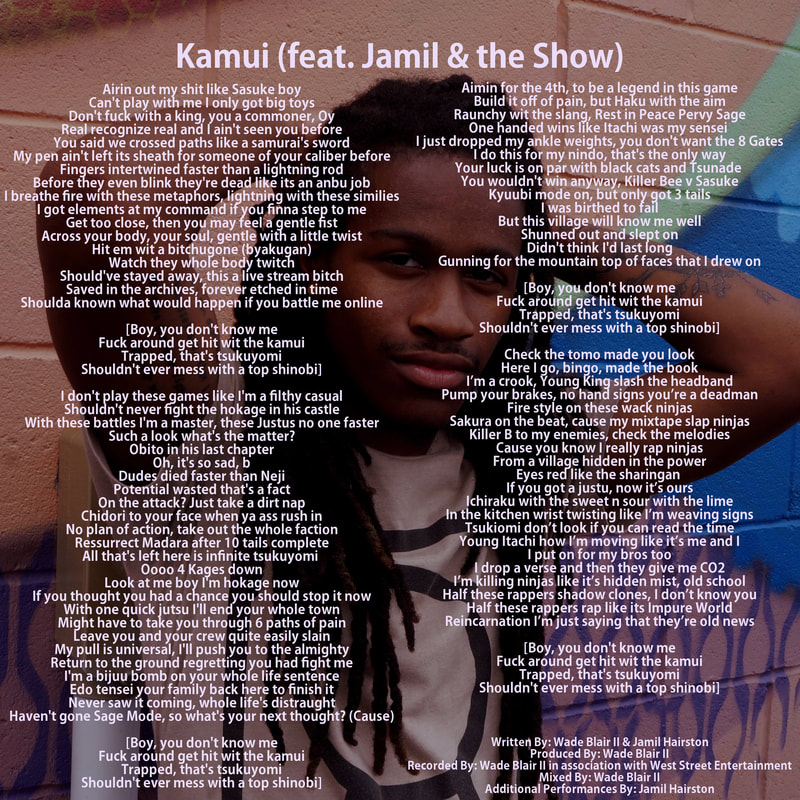 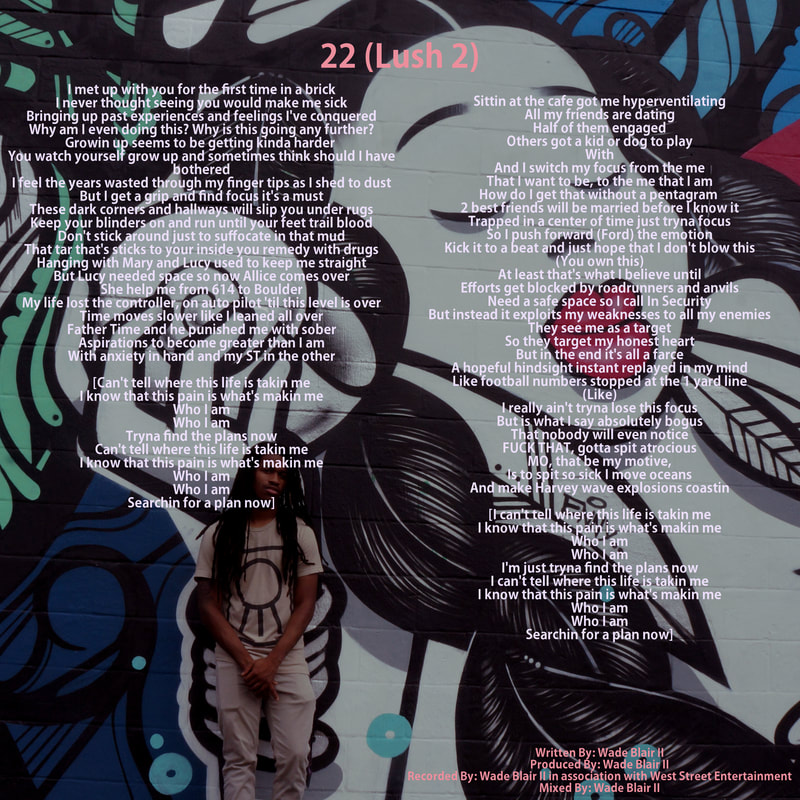 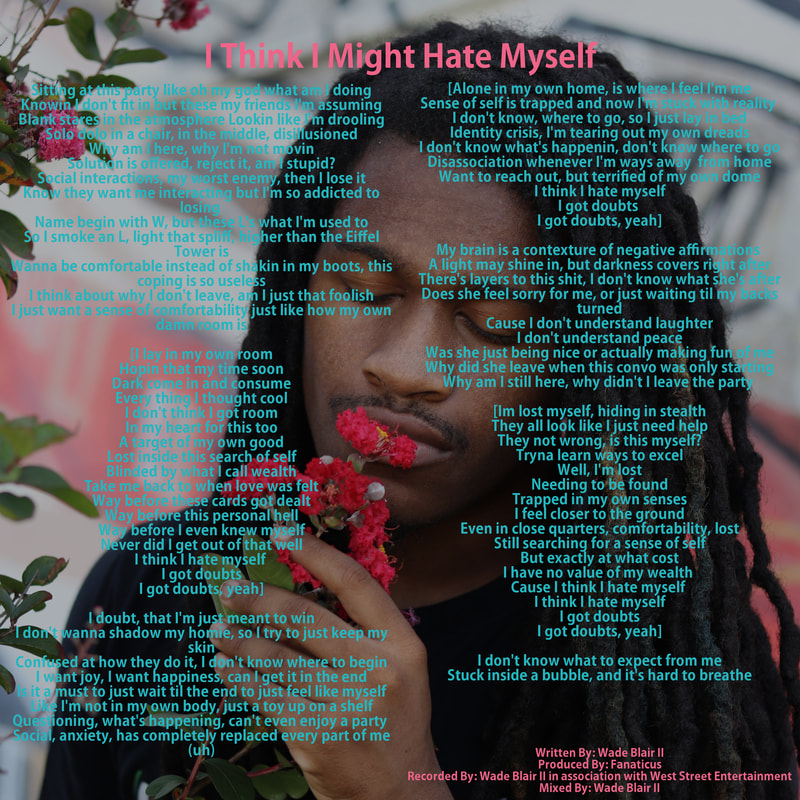 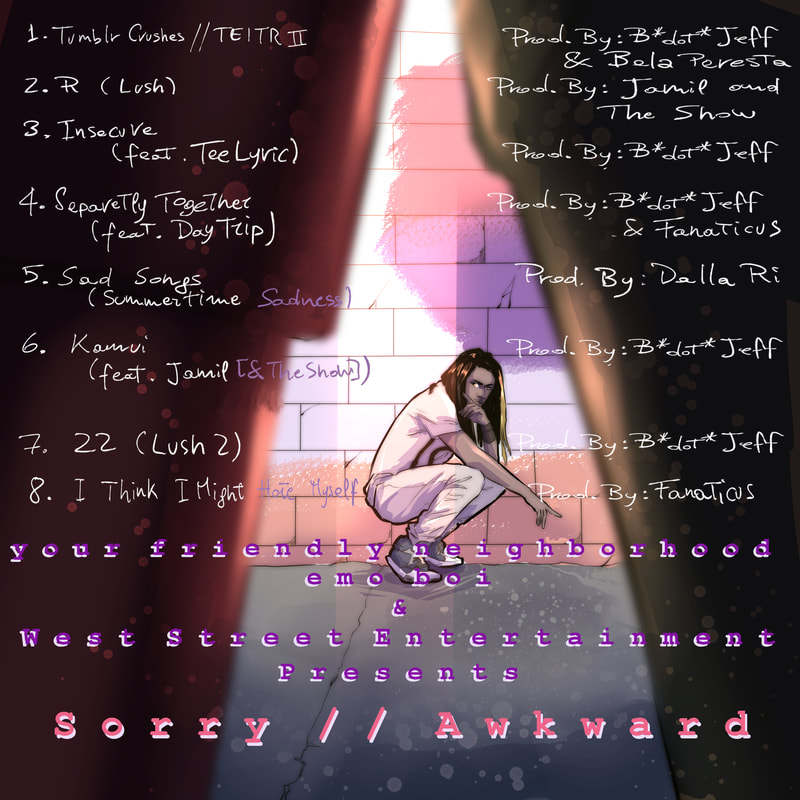 SORRY; AWKWARD RELEASE DATE: NOVEMBER 30TH 2018!!! The final single before the release of Sorry; Awkward, my new EP, Separately Together (feat. Day Trip) has been released to all streaming platforms. You can also pre-save the EP on Spotify. LINKS BELOW. Single artwork by me, album artwork by Camilla.

UPDATE! UPDATE! UPDATE! I recently had been contemplating creating all new streaming artist pages because the asterisks in my name had become a hindrance for those new to me and wanted to search for my work on streaming sites like Spotify and Apple Music. Today, with the full release of my new single Kamui (feat. Jamil & the Show) I bring you to my new artist pages. I will keep the old one up so my backlog will still be active in everyone's playlists. LINKS TO THE NEW SINGLE BELOW!!

Hey! Happy Valentine's Day to those that celebrate it, and for those that don't, this song is also for you. I have released a new song for today's special occasion on Spotify, Apple Music, Google Play, Soundcloud, Tidal, and more. This song was produced by Jamil & the Show, and engineered, mixed, and mastered by myself. You can listen to the links below. Again I will link other places as they become active. Album art by me as well.

​The Elephant in the Room (Prod. A A Ron)

I just released a new song produced, mixed, and mastered by my homie, A A Ron. Below is the artwork, done by me, and a link to the track on SoundCloud. It will be on other streaming platforms in just a few days.
EDIT: new links to be added below once they become available,

Wow, I am really bad at this updating thing, huh? Well, if you're new to the site, welcome! I have done a few things recently that I have yet to update the site with so this might be a longer post for the home page than normal.

I have graduated from Capital University this past May, and along with that graduation I made a whole new project, my first official album, through my new start-up company West Street Entertainment. The album can be streamed through all major streaming services including, Spotify, Apple Music/iTunes, Amazon Music, Pandora, YouTube Music, and, of course, my Bandcamp. The album is called 727: Sugar Cubes & Experiences, and it is a 14-track album that encompasses a short-story-turned-script story line that goes along with the music of the album. The concept, production, tracking, mixing, and mastering was done by me. If you download it from my Bandcamp, you get a copy of the story and script along with some other goodies with the album. Links to some of the outlets will be below.
If you are interested in the process of how I made the album, you can visit this link here to see the process of the album.

I also visited Colorado recently and took some photos that you can view in the slideshow below.

All photos by Wade Blair II
​

Most recently I had the opportunity to work with Casey Brophy, a freelance photographer that goes to the same school as I do, and she does awesome work. She's the genius behind all of single album artworks and all my new photos. You can check out our set below to see the awesome work she does.